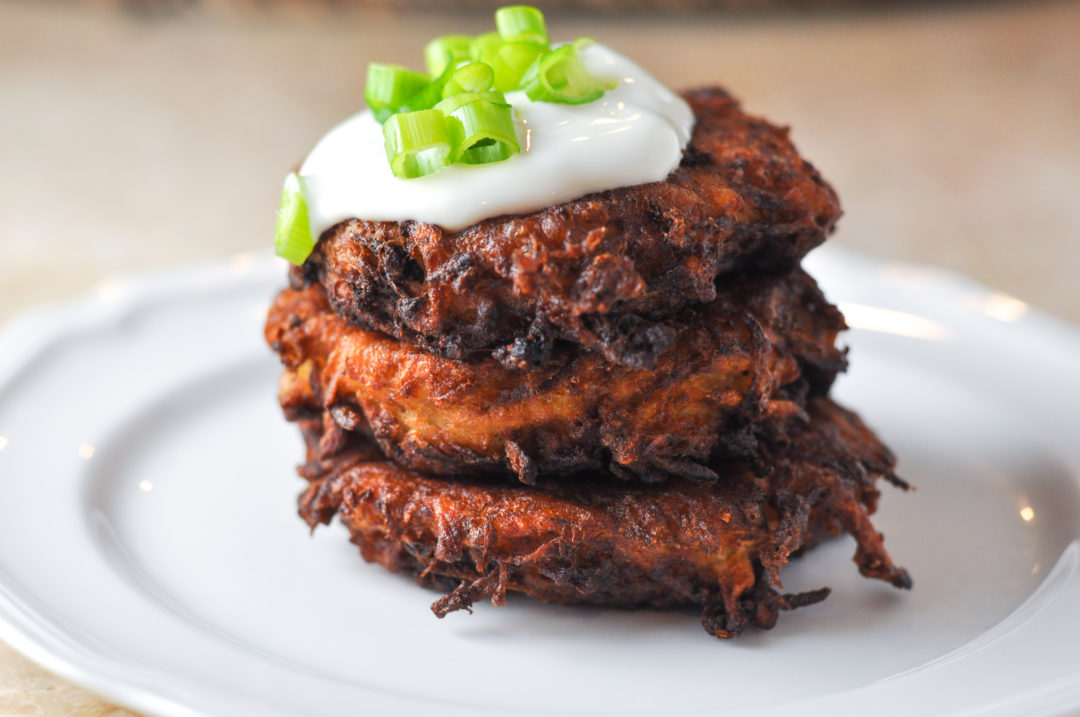 Potato Latkes, are of course, a Hanukkah staple.  I’m an old fashioned latke purist. When I sit down to eat my latkes I just want that crispy fried outside and the soft inside of potato and onion topped with sour cream and sprinkled with salt, ok, a lot salt. These are surprisingly quick and easy to make, especially if you have a food processor. 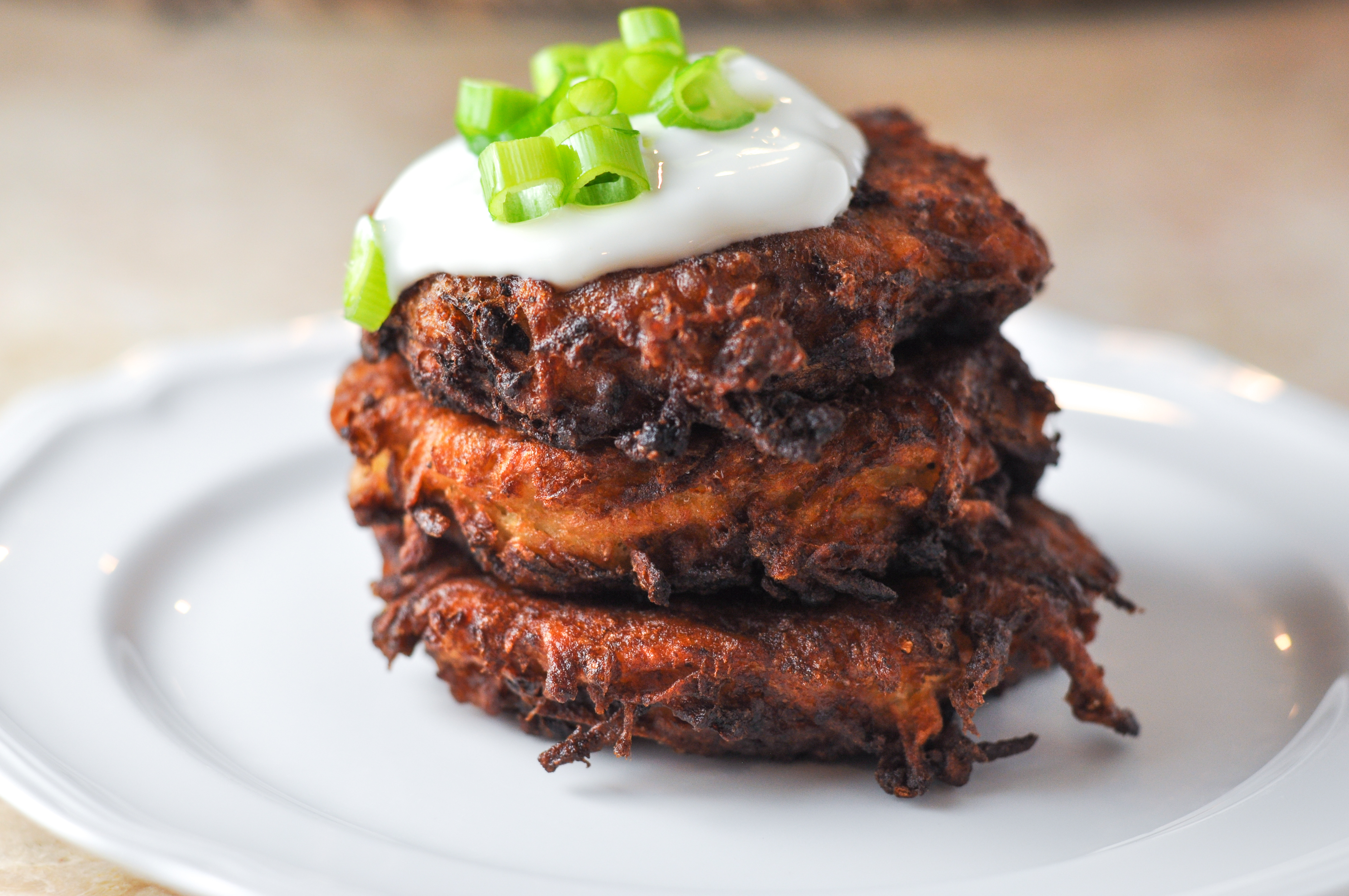 A classic, no frills latke recipe that is sure to please everyone.

Peel the onions and slice them in half or in quarters.

Dump the entire contents of the food processor into a clean, thin, and large kitchen towel. Gather the corners of the kitchen towel and twist so the shredded stuff cannot escape. Now squeeze it very hard over your kitchen sink, getting out all the excess moisture. You want to squeeze really hard and get out as much of the water as you can.

Now open up your towel over a large mixing bowl and scrape off any straggling shreds with your hands.

Add the Eggs, Flour, Baking Powder, Salt and Pepper to the bowl.

Mix together using your hands, its truly the best way.

In a wide, heavy bottom pan pour oil to a depth of about 1/4 inch.

Place a cooling rack on top of a sheet pan and place in a 200 degree oven and leave it, you will use it in a bit.

Test oil heat by dropping one tiny shred of potato from the latke mixture, if it sizzles, its ready. If it splats everywhere, its a bit too hot.

Form latkes with your hands by picking up some of the mixture and making a patty, then gently place it in the oil, careful with your hands! Depending on size of your pan, put 2-4 latkes in at once. I put 4 at a time in my pan, but you want the latkes to have room to cook, don't crowd them.

Let the latkes cook for about 2 minutes, then flip them. (The cooked side should be golden brown, if it's not cook a little longer.) Cook another 2 minutes.

I usually flip the latkes again and cook for another 2 minutes on the original side because I like mine extra crispy.

Using a slotted spatula, pick up latkes, one at a time letting excess oil drip back into pan. Then open up the oven and place the finished latkes on the rack/sheet pan that you placed in there earlier. This will keep the latkes warm and crispy while you make the rest.

Continue the above process until all of your latke mixture is fried into delicious latkes.

Serve with sour cream, applesauce, and if you are me, a pinch pot of salt.

The final mixture, ready for frying: 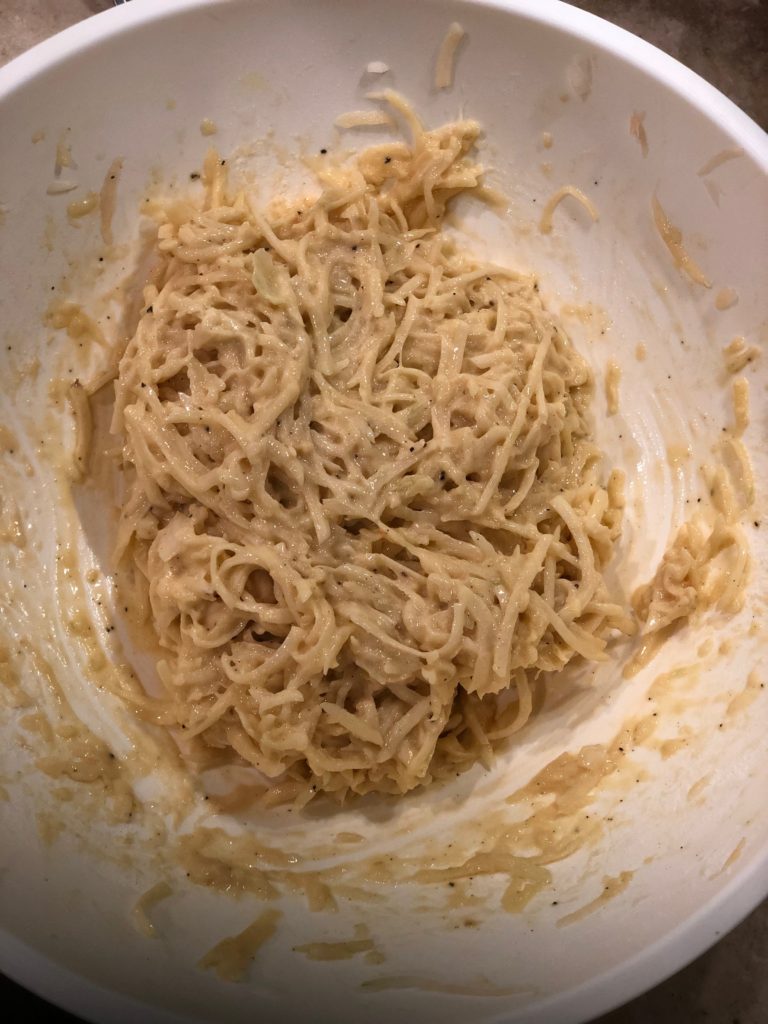 Keeping warm in the oven on a cooling rack: 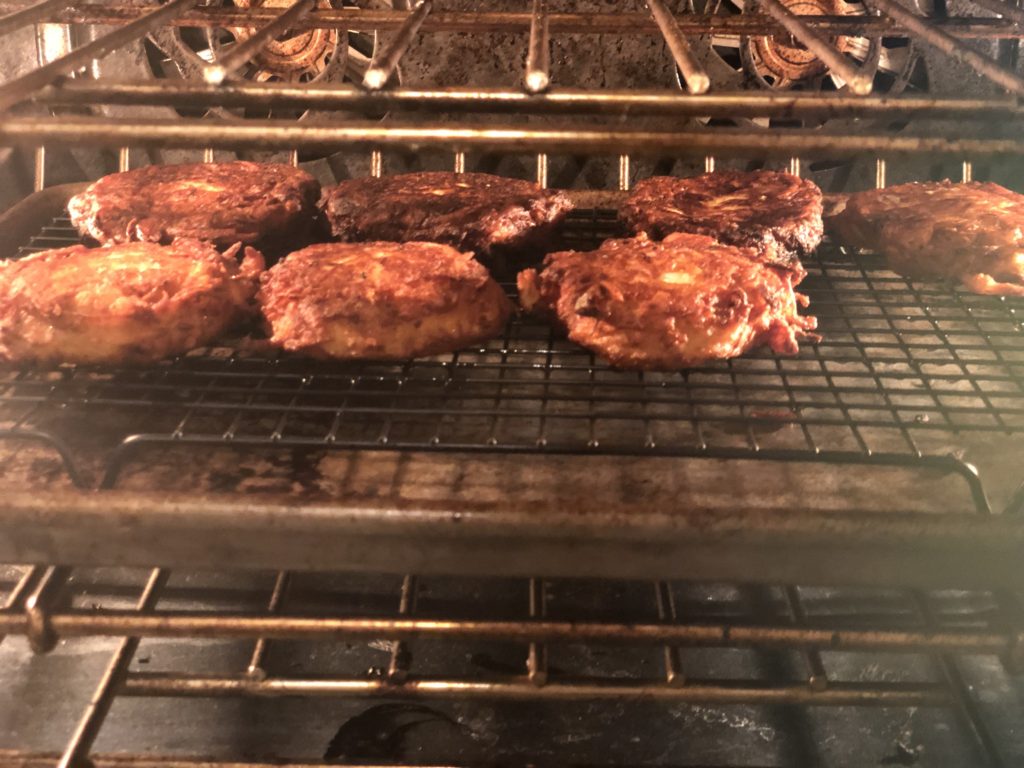 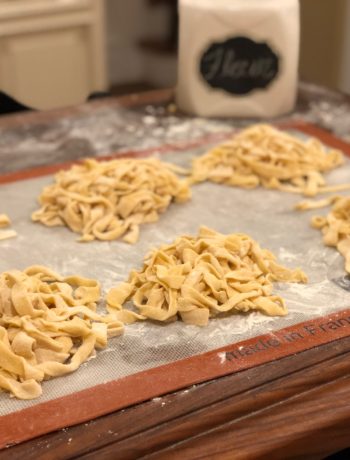 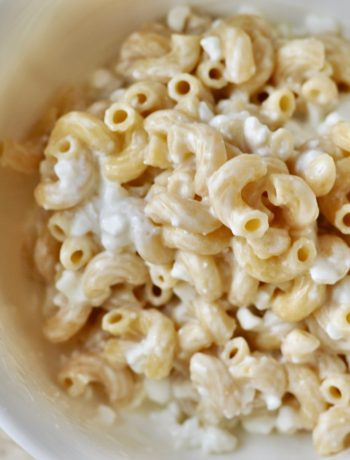 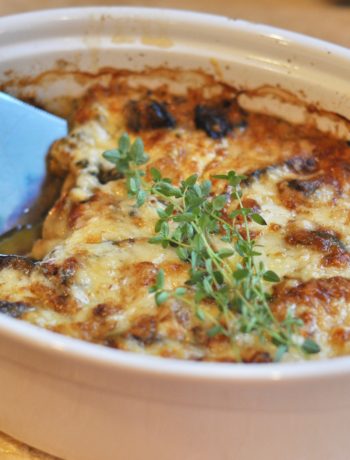 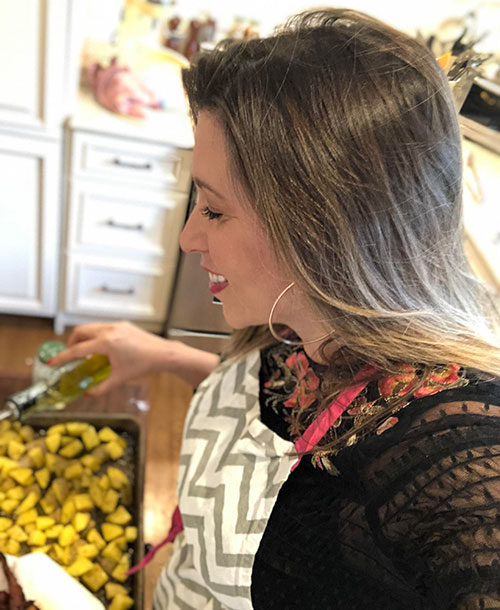 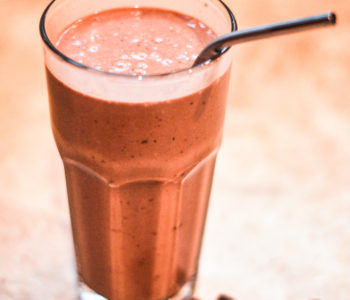 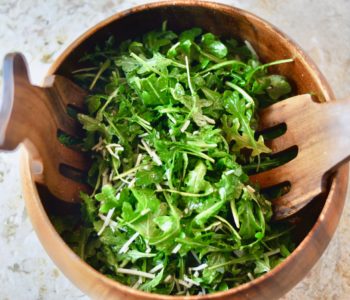 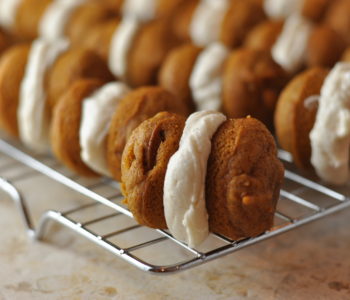 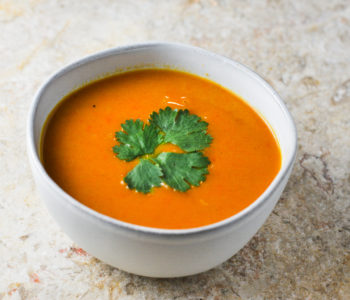 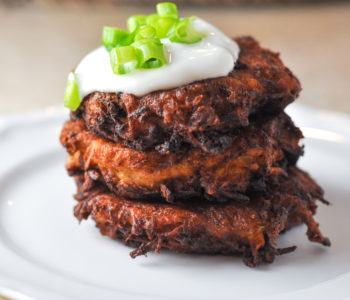